DNA analysis provides definitive diagnosis of thalassemia trait and determines the genotype of the fetal by amniotic fluid. This test is designed to detect deletions in alphaglobin genes (HBA1 and HBA2) and mutations in beta-globin gene (HBB).

Thalassemia is an inherited blood disorder caused by defects in the synthesis of one or more of the hemoglobin chains. There are two main types – alpha and beta thalassemia. Signs and symptoms vary but may include mild to severe anemia, paleness, fatigue, yellow discoloration of skin (jaundice), and bone problems.

Both thalassemias are inherited in an autosomal recessive manner. Silent carriers of alpha thalassemia and persons with alpha or beta thalassemia trait are asymptomatic and require no treatment. 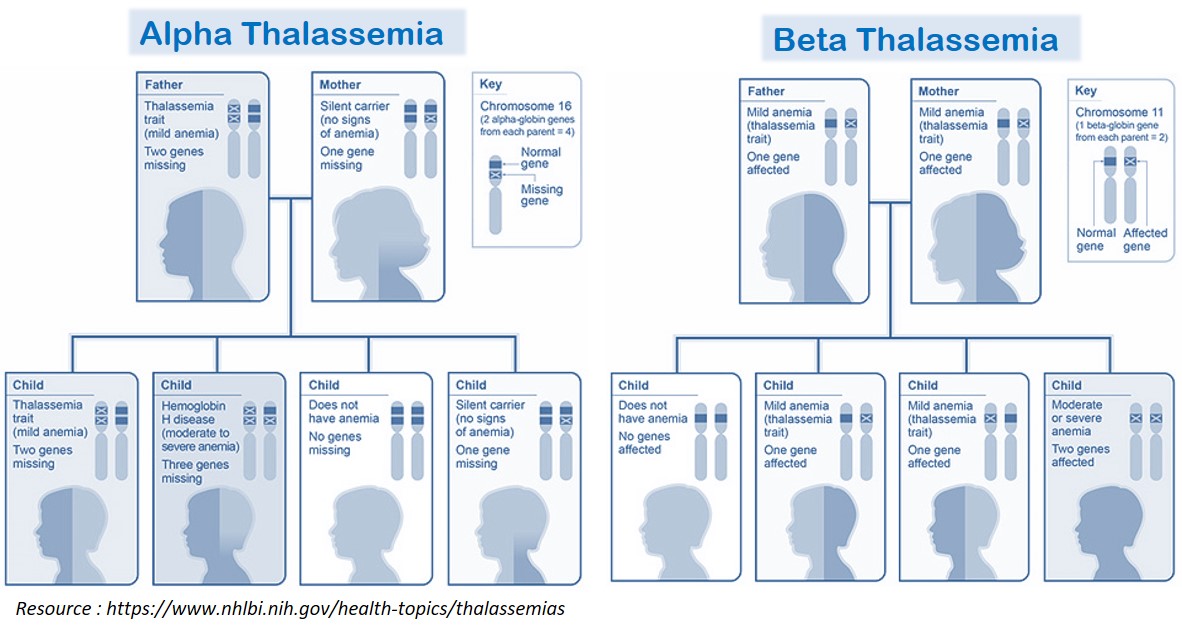